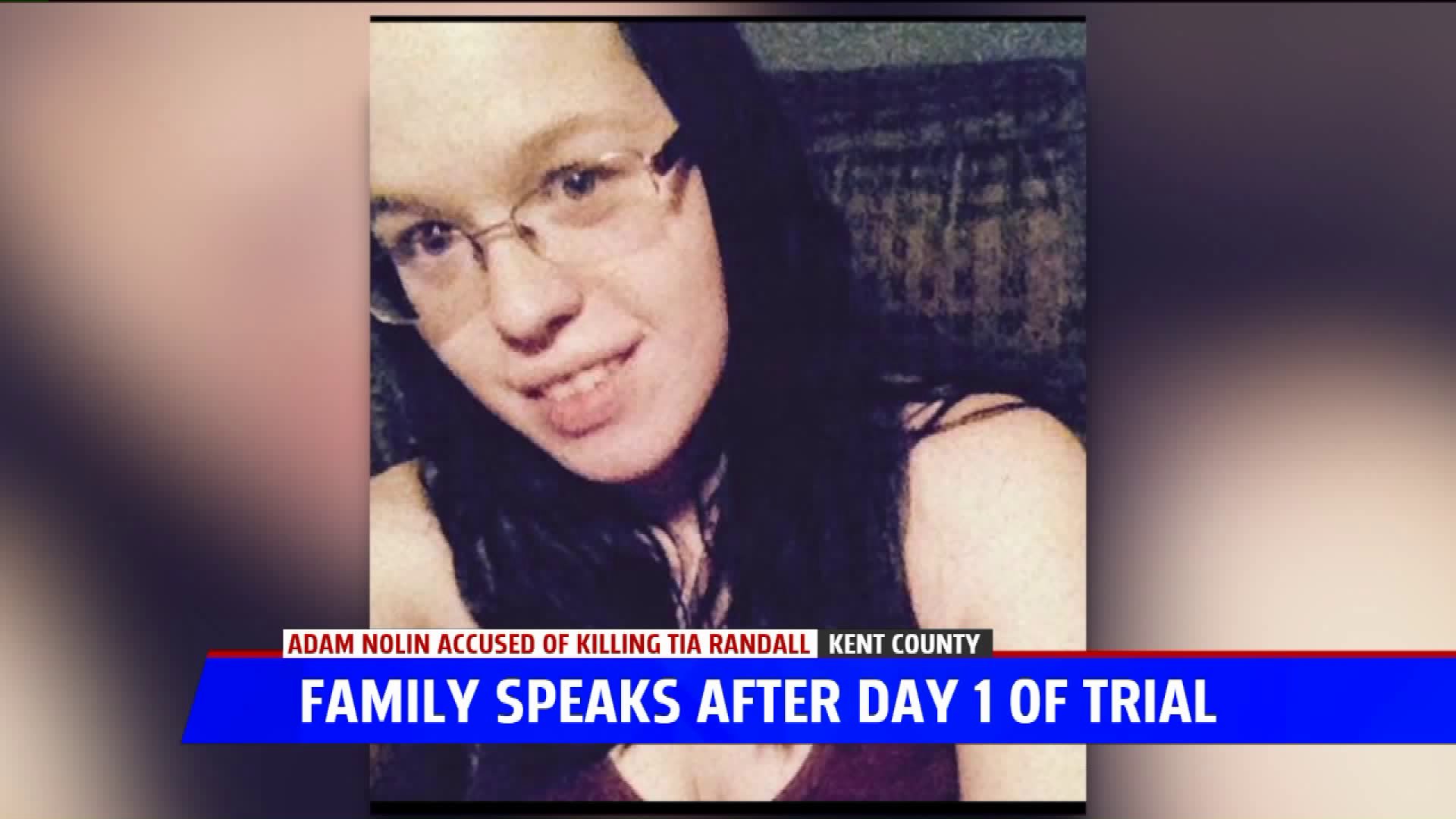 GRAND RAPIDS, Mich. — The man who admitted to killing his girlfriend before being hit by an officer on US-131 near the S-curve after shooting at police had his day in court Tuesday.

The defense argues that Adam Nolin "snapped" the day he killed Tia Randall. The prosecution says this was something he had planned because he was jealous Randall was going to date another man.

Those who knew Randall best say no matter what, this is the first step towards closure.

“It was a mix of emotions,” said Judy Randall, Tia’s mother.

Judy Randall says her daughter is always with her, with a tattoo on her forearm. It's an exact replica of the one her daughter had.

While there is no bringing her daughter back, this family hopes Tia Randall’s admitted killer is brought to justice.

“I’d hope she’s thinking she’s glad to see us all together and that all of us are fighting for her,” Tia's brother, Mark Randall, said.

Nolin's mother was the one who called 911.

She testified against her own son Tuesday. Media was instructed not to show her. But it's a moment the Randall family didn't expect.

“I think we had a wrong from the past made right, and we did that, it was with Adam’s mother. It’s a work in progress, but it’s on its way to a positive,” Judy Randall said.

Nolin's mother Tina Gresham, who lives out of state, testified saying she called 911 after Nolin called her saying he killed Tia Randall at a mobile home in Wyoming.

Not long after that, Nolin was in a shootout with police on the S-curve of US-131 in Grand Rapids.

“Probably not to be so assuming to people, and to listen to them. In regards to righting this wrong from the past with his mother,” Judy Randall said.

Though the trial is difficult for the Randall family, they say it's necessary because they're hopeful for an outcome that matches a lifetime without Tia Randall in it.

A verdict is expected by the end of the week.