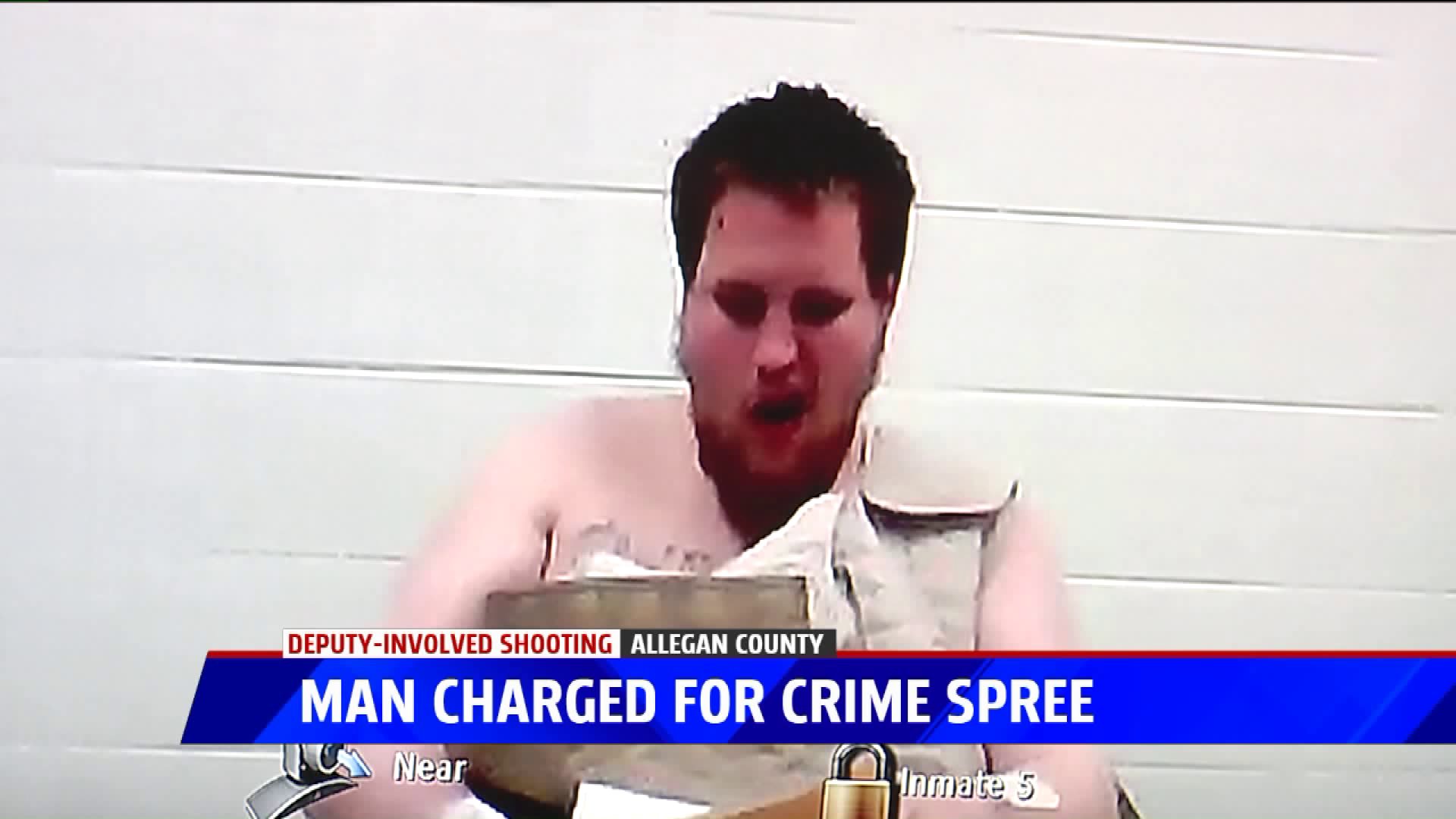 ALLEGAN, Mich. — The man accused of going on a violent crime spree in Allegan County has been formally charged.

William Thomas Travis, 22, is facing over a dozen felony charges after allegedly stealing multiple vehicles, breaking into a home and holding people inside at gunpoint before being shot by deputies.

The charges include carjacking, attempted murder and home invasion. Travis is being charged as a habitual offender, which significantly increases the potential prison time he could serve if convicted.

According to court documents, Travis' criminal record includes counterfeiting, running from police and other cries in the past in Kalamazoo County.

The alleged crimes started Saturday night, with a report of a stolen vehicle. Deputies say Travis left that vehicle and stole another vehicle, eventually crashing it near Hopkins.

Sunday morning, Travis allegedly carjacked another vehicle while armed with an AR-15. He then reportedly started shooting at a home near Fennville.

Then, deputies say he broke into a home and held the people inside at gunpoint while attempting to steal another vehicle.

Deputies say he didn't cooperate with orders as he was leaving the home. He was shot by deputies and taken to the hospital.

Michigan State Police are investigating and the deputies who fired at Travis are on administrative leave, as is standard procedure for all officer-involved shootings.

Travis is expected back in court next week.