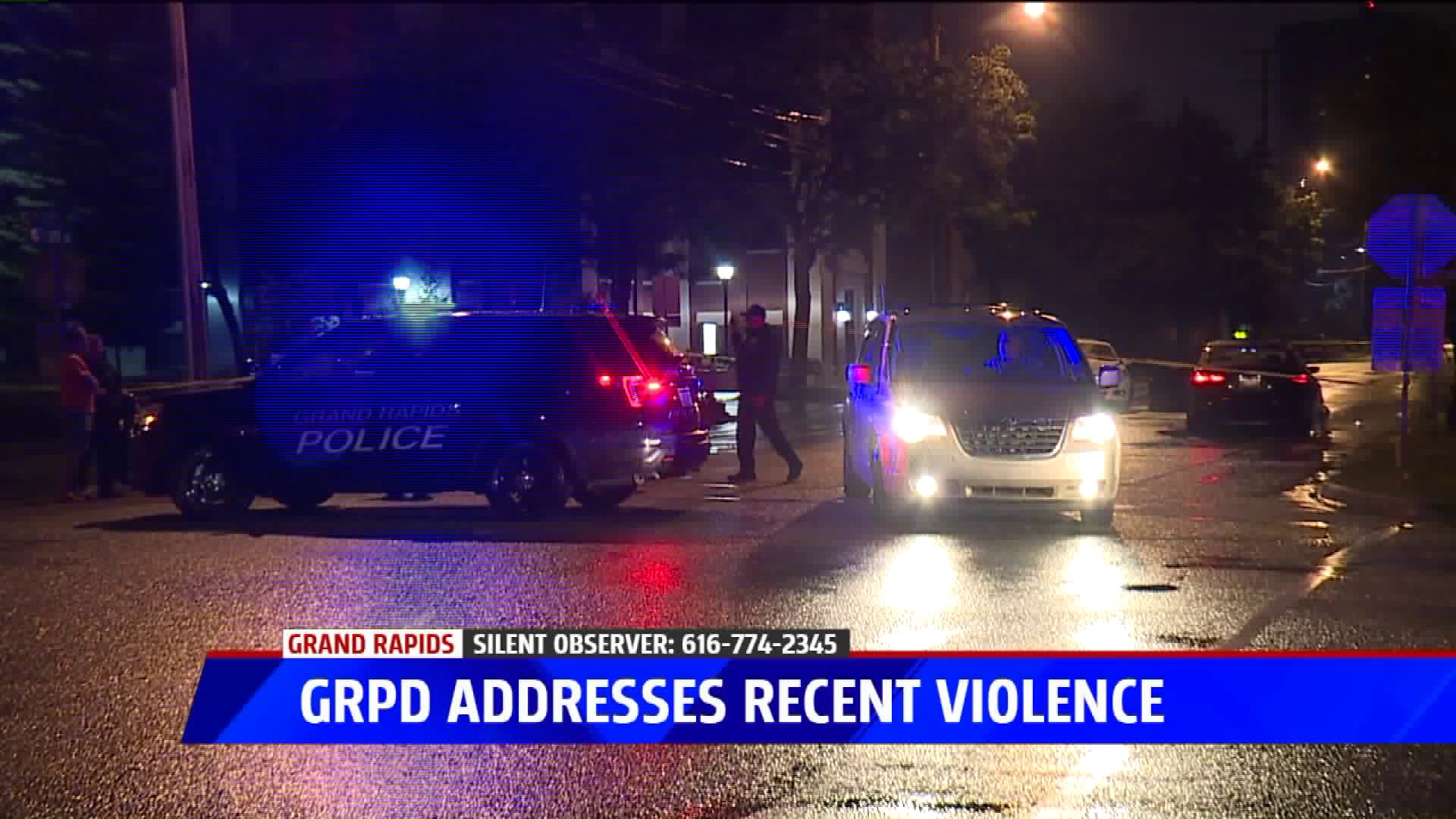 GRAND RAPIDS, Mich. — Grand Rapids police and officials are reminding citizens the city is still a safe place to be despite a pair of shootings during Saturday night’s fireworks.

Twenty-year-old Saul Espinoza was shot and killed on 6th Street and Front Avenue Saturday night. A female victim was also taken to the hospital with injuries from that shooting.

There was another shooting prior to the deadly one, around 10:30 p.m. near the Big Boy downtown where two young men were hurt and taken to the hospital. Their condition is not known at this time.

Police said the shootings are under investigation and cannot confirm if they are connected.

“These things are isolated. What I can tell you is that wasn’t a random victim in that situation,” Deputy Chief Eric Payne said.

Downtown Grand Rapids Incorporated CEO Tim Kelly says this is not indicative of the culture downtown.

“Downtown is safe. There are many events throughout the year many of them without incident,” Kelly said.

“This is not only a police matter, this is a city matter. City hall is standing with us. Community members are standing with us. That’s what we need to put out there, is that we are working together, and police cannot solve this alone,” Payne said.