Schools forced to ‘gamble’ their spending without state budget 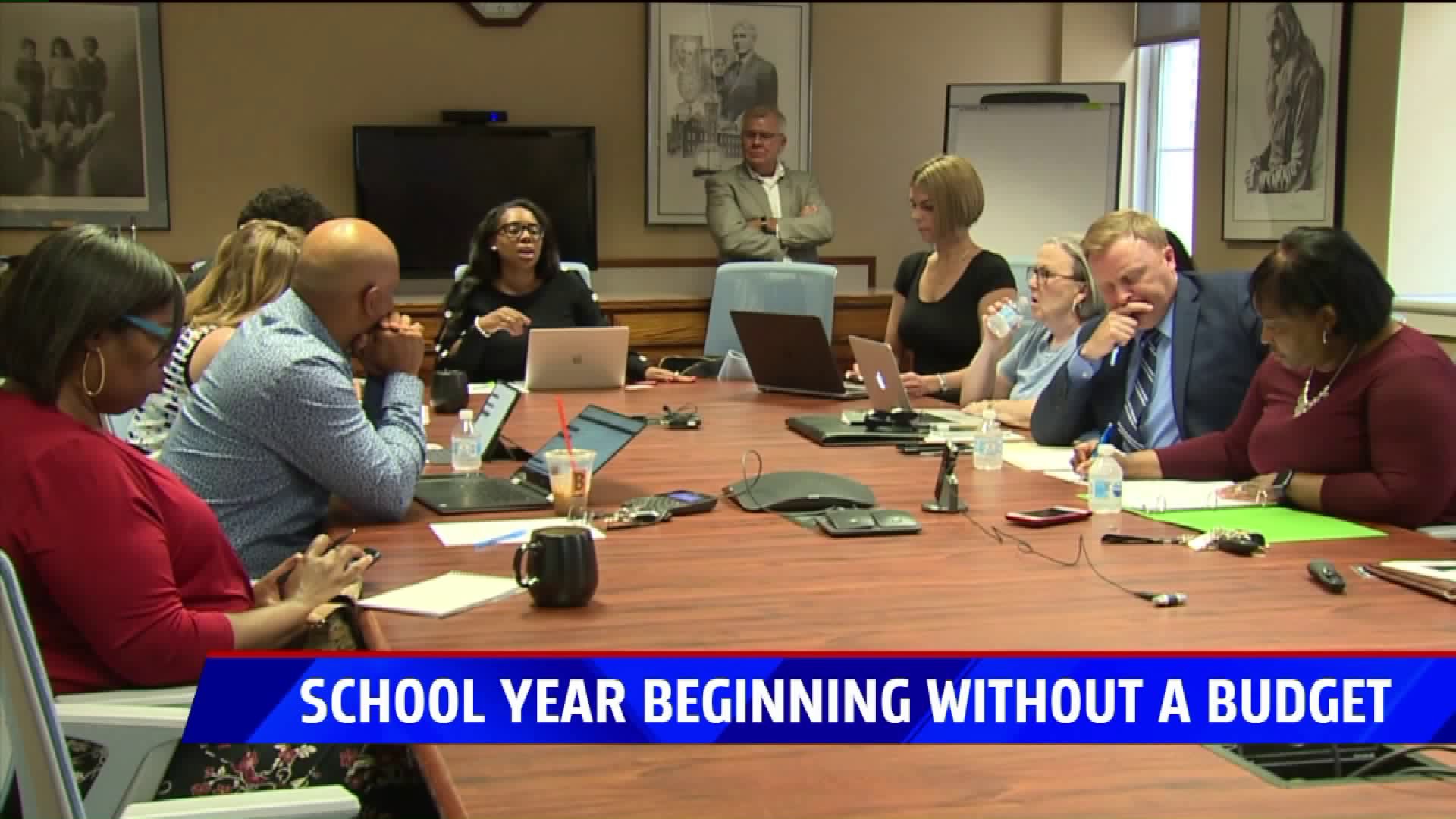 GRAND RAPIDS, Mich. — For the first time in eight years, Grand Rapids Public Schools will start the school year without having a budget from the state, leaving administrators to guess what they can spend and hope for the best.

Along with all other public school districts in the state, GRPS was left hanging when the Michigan State legislature left for August recess without passing a budget. Democratic Gov. Gretchen Whitmer released her budget proposal in March.

“That makes it awfully difficult for school systems like ours to really adequately plan because we’re guessing how much money we have," said John Helmholdt, GRPS communications director. “We’re making an educated guess. We’re gambling a little bit with our proposed budget that was adopted by the Board of Education, so we kind of look at the three proposals and we make our best guess.”

Helmholdt said while GRPS has a history of fiscal responsibility, an educated guess at the size of its bank account might not be enough to make ends meet because of the discrepancies between the governor's budget proposal and the education plans from each of the Republican-controlled chambers.

For example, Whitmer is calling for an over 3.5% overall increase in education spending, while the house only calls for a 1.4% increase.

“There are three relatively good proposals," Helmholdt said. "The governor’s is by far the best for Grand Rapids Public Schools, followed shortly after by the Senate budget.”

State Rep. Rachel Hood, D-Grand Rapids, serves on the Appropriations Committee and said despite Democrats' best efforts, Republican leadership is to blame for the stalled process.

State Rep. Tommy Brann, R-Wyoming, is also on the Appropriations Committee and defends the pace of his fellow Republicans.

“Right now, we’re working on the gas and the roads and that’s been really the focus too, but I know schools are to me, schools are really important," Brann said.

Road spending has been a point of contention between the Democratic governor and Republican leaders in Lansing. Some conservatives blame the budget impasse on Whitmer's proposed 45-cent gas tax increase.

While working at his restaurant on Tuesday, Brann said he hears from his employees that the gas tax, which would cost the average Michigan driver an extra $23 per month , is too high.

“I’ve just got in my restaurant right now my cooks and my servers and they can’t afford it," Brann said.

Meanwhile, GRPS is predicting a budget of $180 per student as its school year starts Aug. 20.

“Where the trick comes is if our guess is wrong and hopefully it’s wrong where we’re actually getting more money than anticipated," Helmholdt said. "But in the event that we’re getting less money, that means midyear cuts. That means having to do an amendment to the budget to reduce those funds.”

Helmholdt said GRPS prides itself on its history of fiscal responsibility, which is partly why this impasse is so frustrating.

GRPS has a policy of keeping at least 5% of its budget in the bank as a "rainy day fund." If that savings dips below 5%, the district goes on a state watch list.

State law requires a budget to be passed by Oct. 1 . If the governor and Republicans in Lansing can't agree on a budget by that deadline, the state government could be shut down.