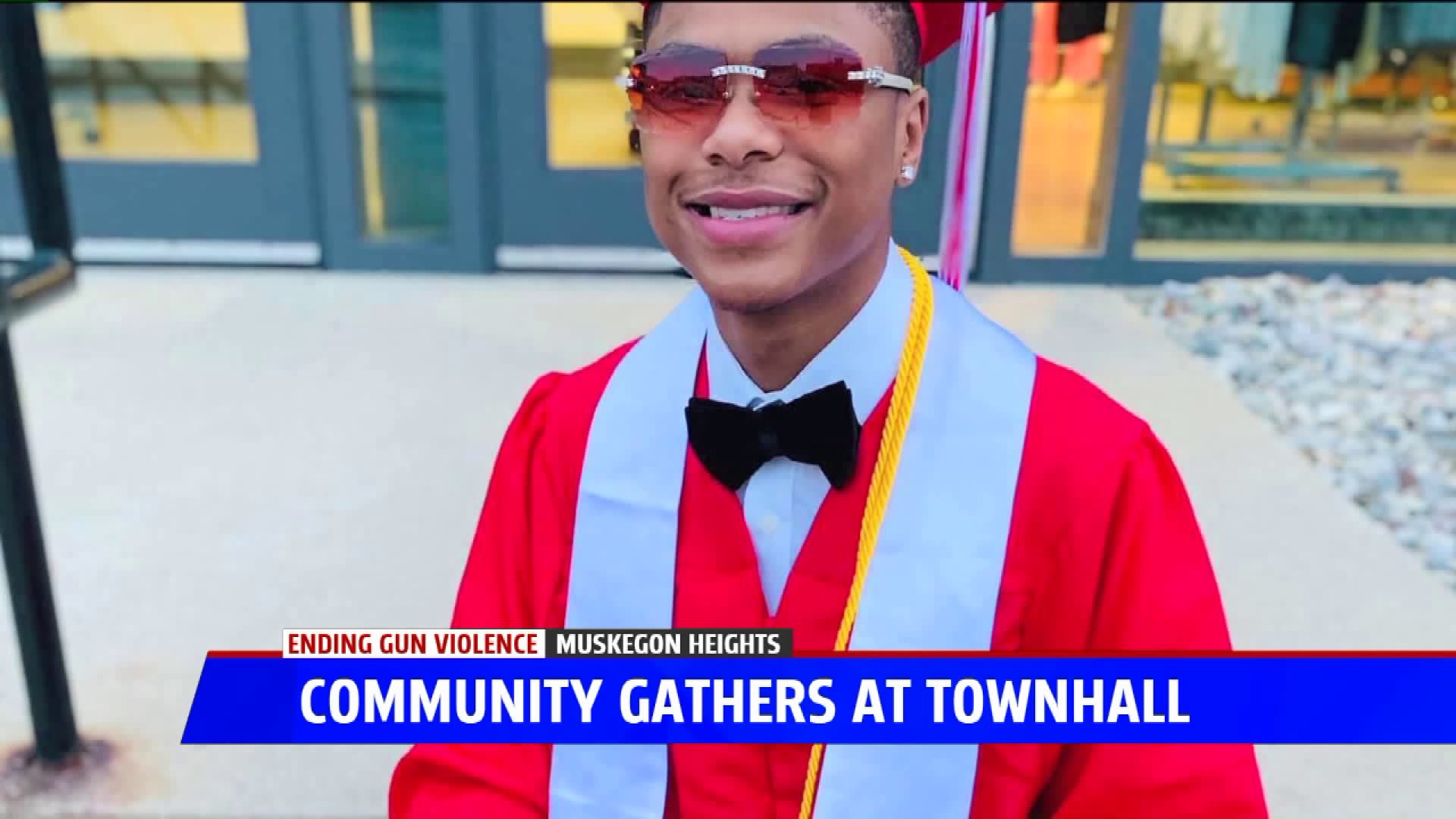 MUSKEGON, Mich. — Nearly 150 people from the Muskegon area are tackling an issue that has taken two lives in two weeks: gun violence.

Teenagers Zamarian Cooper, 16, and Mervin Bonner, 18, recently lost their lives to gun violence in Muskegon. Police are still searching for suspects in both cases.

Corinthians Missionary Baptist Church in Muskegon Heights opened up their building Thursday night to talk about the issue.

"We cannot arrest our way out of the things that we are faced in this country," said Muskegon Heights Police Chief Michael Thomas, who has been attending these types of town halls throughout the summer.

He hopes through community discussion, the department can prevent crime rather than solve them.

"You cannot pray this away," Thomas said.

After going to jail for a manslaughter charge, he has made it his mission to educate fellow community members to make the right decisions.

Leaders from throughout the community attended the town hall from the school district, county offices, local government and even federal government.

"We need to solve this as a community," said Muskegon Public Schools Superintendent Matthew Cortez. "This is a mentality that is allowed to exist because of conversations that aren't taking place."

The series of town halls have been possible through grants and other partnerships within the community.