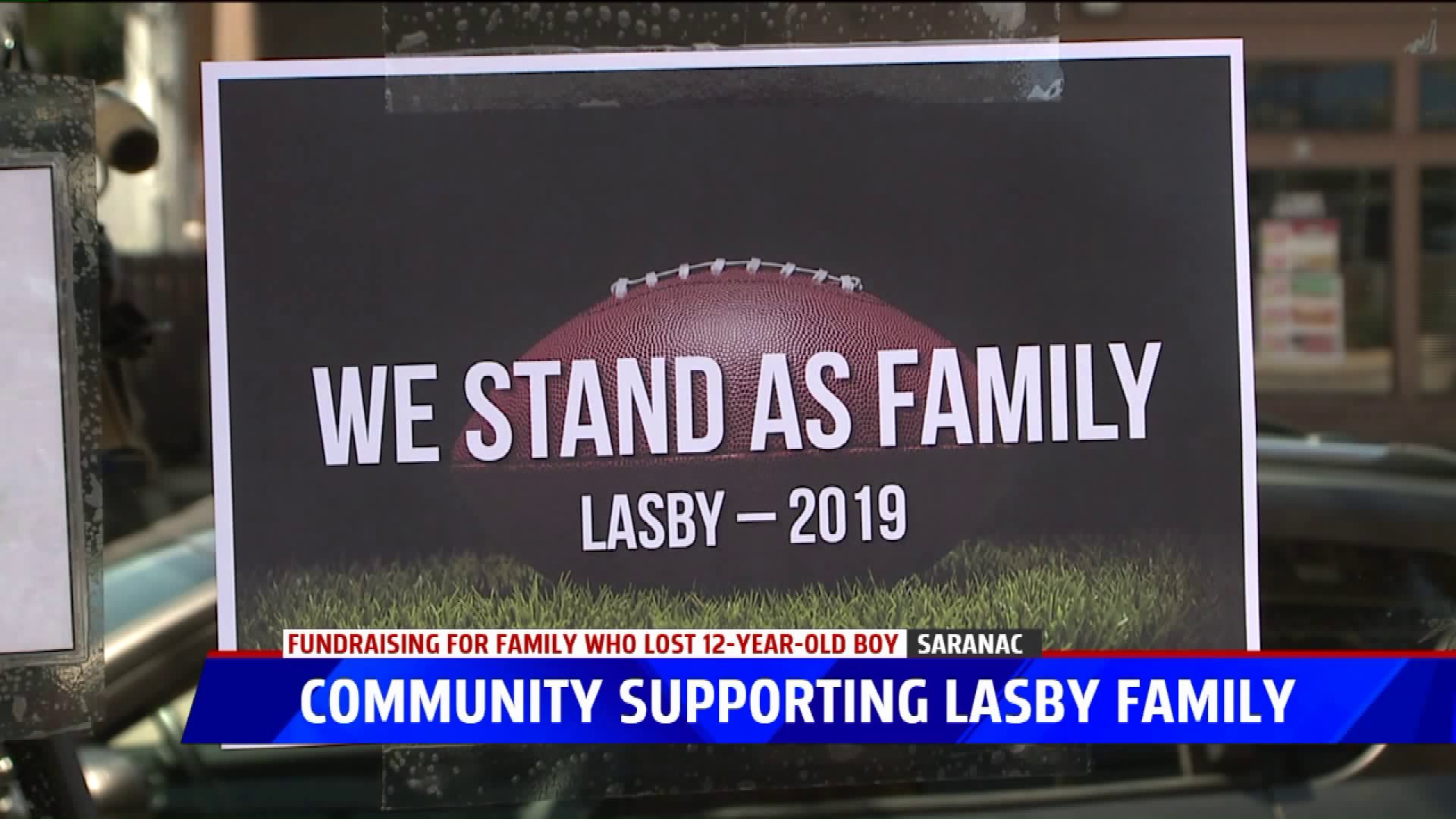 SARANAC, Mich. — Many in Saranac started their Labor Day weekend working to help a family experiencing tragedy after their 12-year-old son suddenly died after collapsing during football practice.

Skylar Lasby suffered cardiac arrest due to an irregular heartbeat on Wednesday, according to the Kent County Medical Examiner's Office.

“Clearly it’s a tragedy and I mean, nobody expects to drop their son off at football practice and then not be able to pick him back up," Allison Willis said.

Willis cofounded the Saranac Village Farmer's Market and along with cofounder Patti Feeback, decided to donate proceeds of sales on Saturday to the Lasby family.

“It’s just been really, really nice to have people come and talk and hug and you know just, it’s just been a great day, a great day after a very sad, sad experience," Feeback said.

Not far from the market, high school athletes were washing cars to raise money for the same cause.

“Although the team didn’t know Skylar Lasby personally because he was just going into 7th grade, we could tell that it had a big impact on the community and football team parents and everybody else surrounded by that," volleyball captain Layna Mcelvain said. “We just wanted to find a way to do our part.”

"The girls were aware something was happening just because of the helicopter and the fact that my JV coach had left to go help," she said.

On Friday, hundreds of people attended a candlelit vigil to honor Lasby.

Visitation for Lasby will run from 2-4 p.m. and 6-8 p.m. on Tuesday at Saranac Community Church. Funeral services will start at 4 p.m. Wednesday at Saranac High School Auditorium.