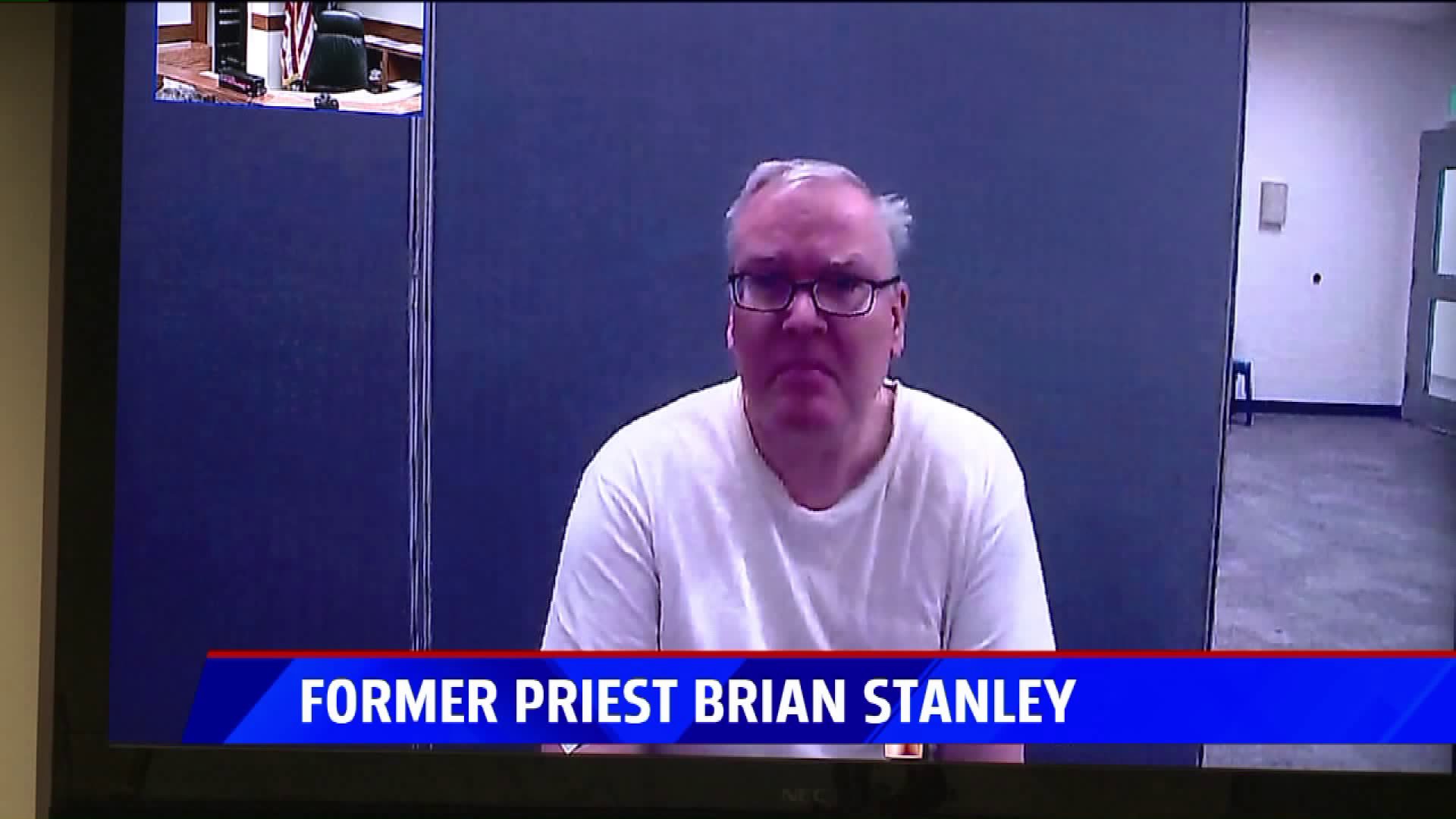 COLDWATER, Mich. — New documents are revealing details in the investigation involving a priest out of Coloma, charged with false imprisonment.

Father Brian Stanley is accused of tying up a teenage boy at a church in Otsego and leaving him locked in a janitors room back in 2013.

FOX 17 learning new details about allegations that were also reported in 2017, this time, out of a church in Coldwater.

The Diocese of Kalmazoo was made aware of both claims in 2013 and 2017 and notified police.

Documents from the Coldwater Police Department are highly redacted, but the claims from 2013 and 2017 are very similar.

According to a report from the Catholic Diocese of Kalamazoo, an unnamed victim told investigators that over the course of two years, Stanley would wrap them tightly in saran wrap and gauze. In at least one instance, the victim's mouth allegedly was taped shut and they were left alone in the dark in the basement of St. Charles Parish.

The victim said, the first time was to make "Mummy Mannequins" for the church's haunted house, but the rest of the times became increasingly disturbing, with Stanley adding more and more layers.

The victim told the Diocese, there was never any abuse during the wrapping sessions, but Stanley made them believe God wanted them to do it.

When asked about the accusations, Stanley admitted to wrapping up the victim for the Halloween display and during the other time that he called "penitential." Stanley was also asked if he had wrapped up other people since being a priest, to which he replied "no."

Stanley has already been charged for the Otsego claims in 2013 and faces up to 15 years in prison if convicted.

According to police documents, the Diocese of Kalamazoo also received complaints about Stanley and inappropriate behavior toward a minor as well as assault and battery.

Charges were never filed in either case, but Stanley was placed on leave.