Creston Market broken into again for second time in 2 weeks 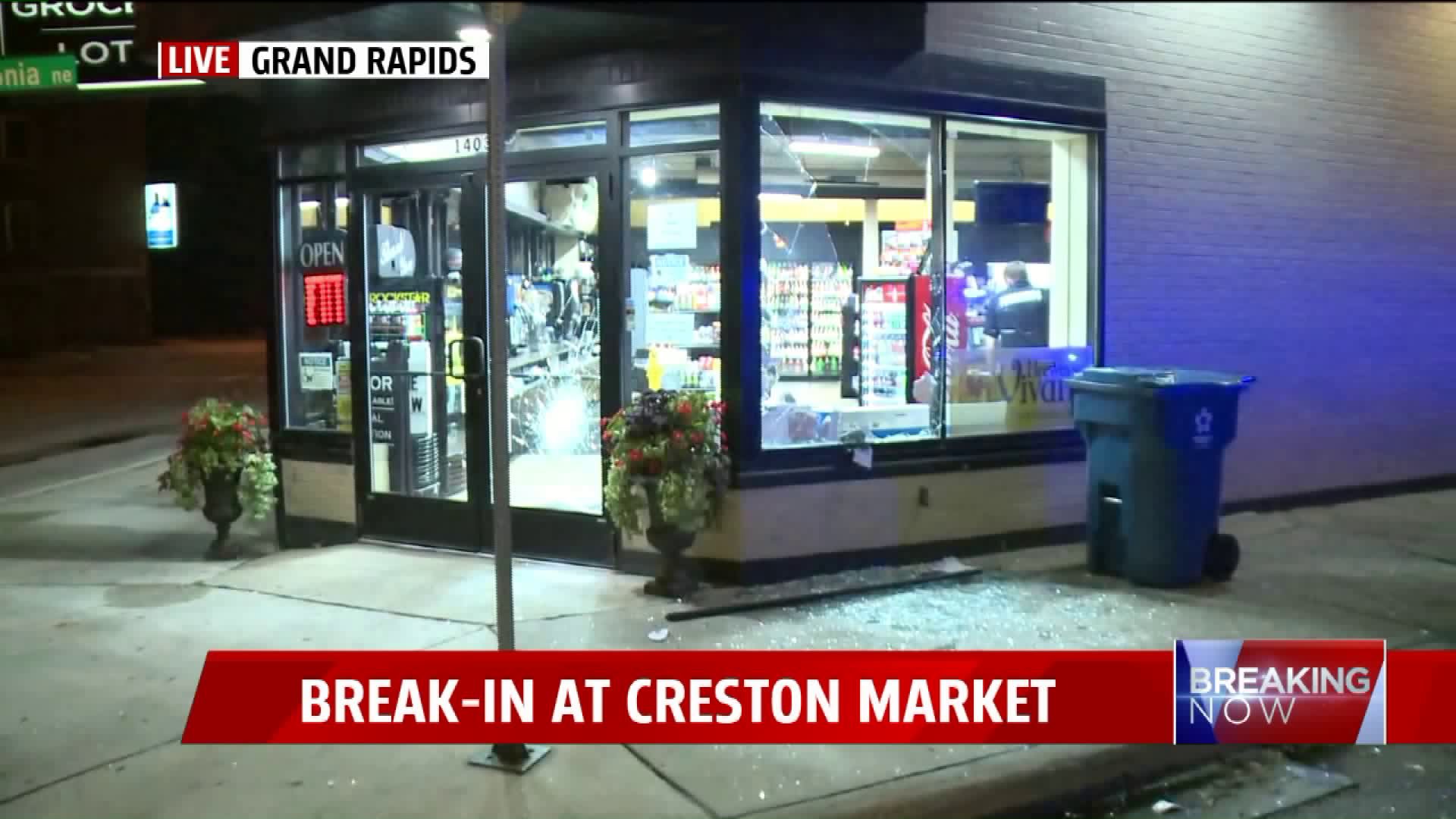 GRAND RAPIDS, Mich. -- Police are searching for suspects accused of breaking into Creston Market for the second time in two weeks.

It happened early Monday morning at the store, which is located at 1403 Plainfield Avenue NE in Grand Rapids.

No word on what the thieves got away with but it appears they used a rock or something to break the windows of the front of the store to get inside.

The owner tells FOX 17 this is the sixth break-in at the store so far this year.

This comes just one day after thieves broke into the Cabela's in Grandville.

It is not clear if the incidents are connected.