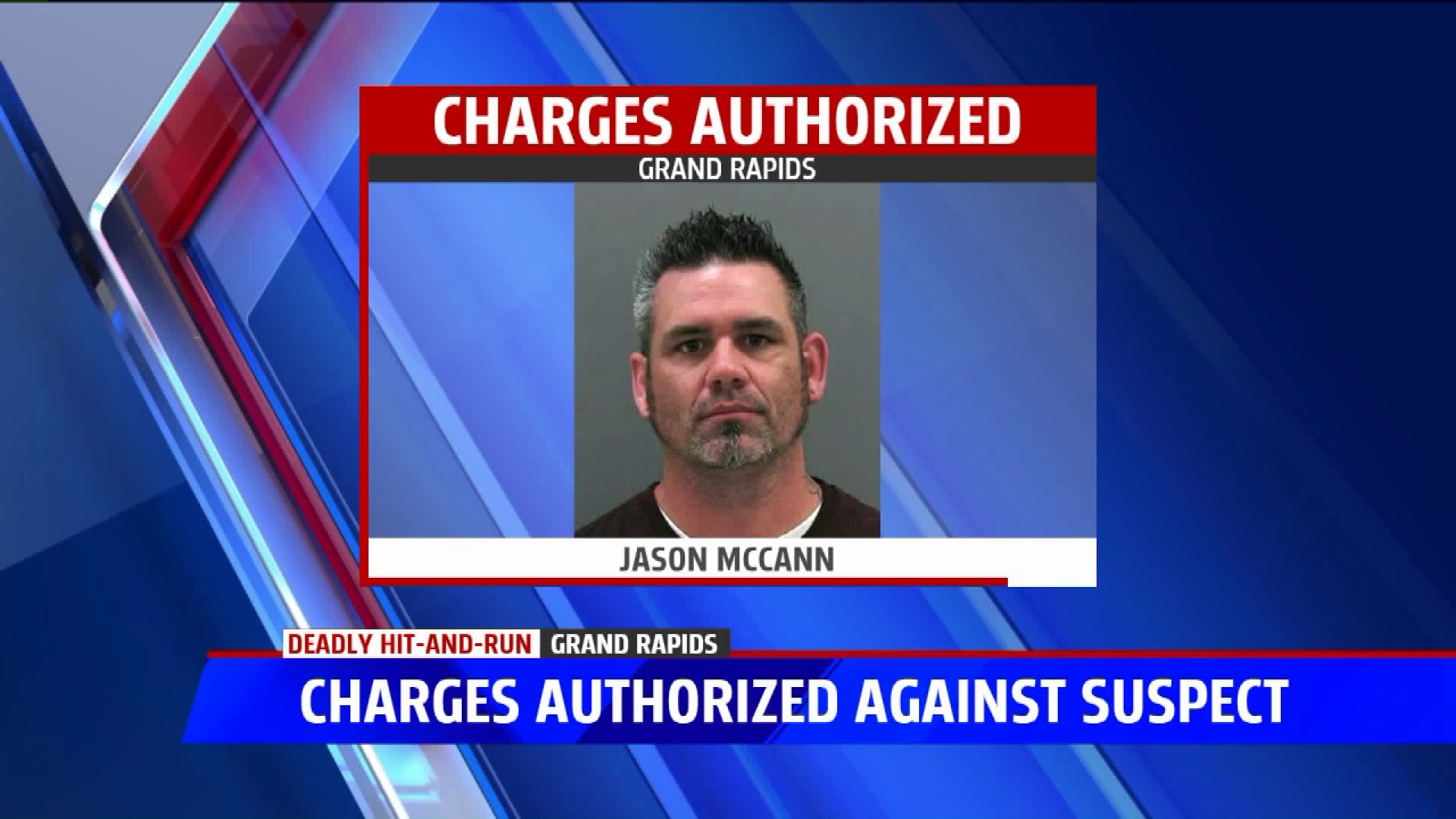 GRAND RAPIDS, Mich. — Prosecutors have authorized charges against a driver who allegedly hit and killed a couple near a Grand Rapids bar and drove off.

The crash happened around 11:13 p.m. Saturday near the intersection of Grandville Avenue and Oakes Street, in front of Grand Woods Lounge. Todd Fuhr and Tracy Curtiss Fuhr, both 56, were killed.

Investigators were searching for the vehicle that hit the couple until Sunday morning, when a tip led them to the vehicle and driver. On Monday, prosecutors authorized charges against 44-year-old Jason McCann.

A mug shot of Jason McCann.

McCann has a history of driving while intoxicated. In 2004, he pleaded guilty to operating while intoxicated after being pulled over by Zeeland police officers. He entered another guilty plea in 2016 following a DUI arrest by the Ottawa County Sheriff's Office.