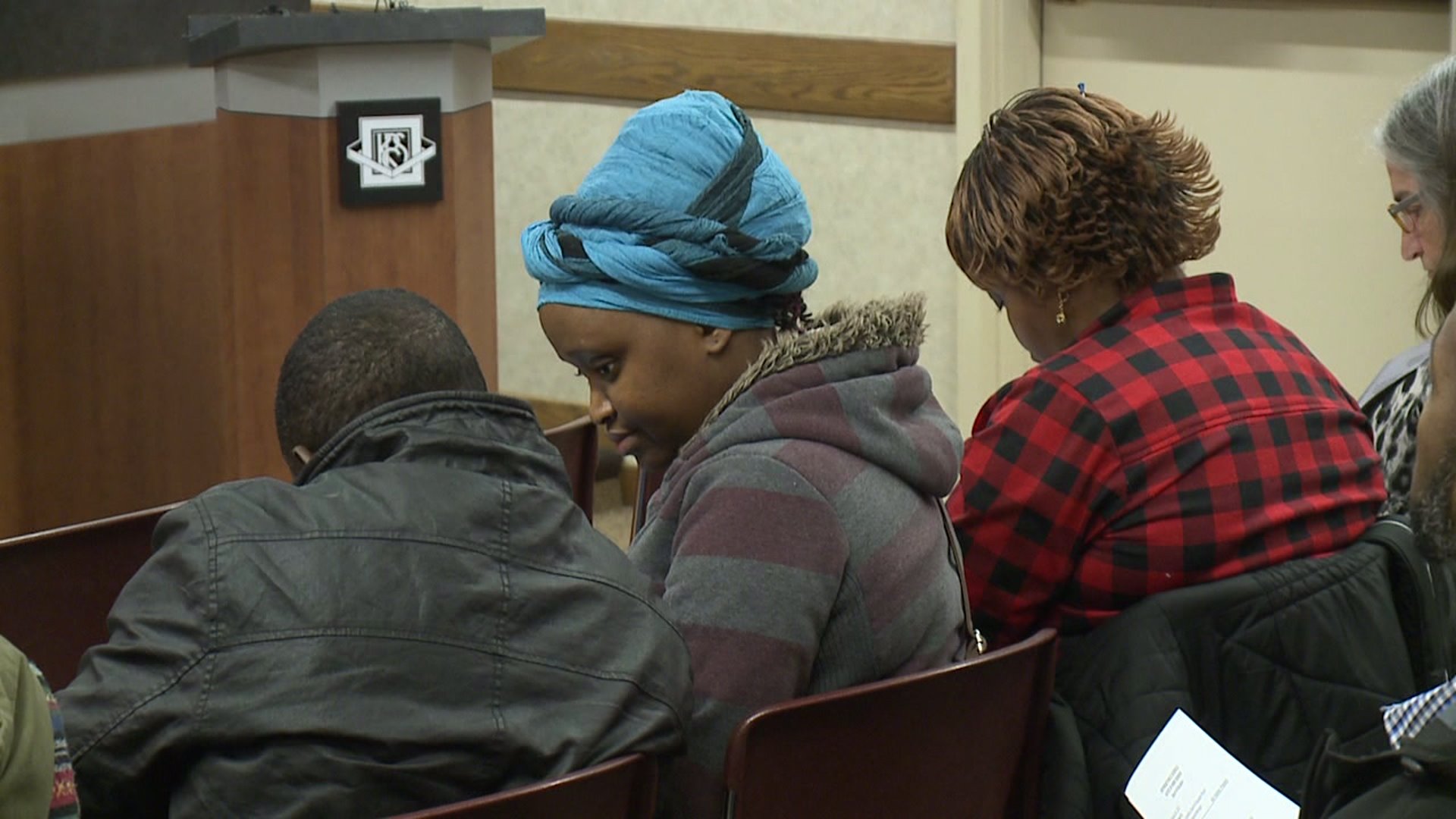 KENTWOOD, Mich.-- Family and friends of Mujey Dumbaya addressed the Kentwood School Board during their meeting on Monday. It comes after the 16-year-old was found dead in January four days after she was reported missing.  A former Kentwood Public Schools employee, Quinn James, has been named a person of interest in the case.

Now, there are questions about how James was hired in the first place. Dumbaya's family is still devastated after losing her, but they are working toward making sure she gets justice.

On Monday, they questioned the board's decision to hire James after knowing of his criminal record. They're also upset a letter was never sent home to parents after an incident in 2014 and one involving the sexual assault of Dumbaya in November of last year.

Family and friends of Dumbaya let the Kentwood Public School Board know they won't stop asking questions until they get answers.

"I think Mujey would be proud of me," said Jainya Sannoh, Dumbaya's aunt. "She always referred to me as her super aunt. I'm going to have her back until she gets justice, whatever it takes."

On Monday, Mujey's aunt as well as the family's attorney questioned the board about the employment of Quinn James, who had been a grounds and maintenance worker there. He's also the man who's been named a person of interest in her death.

"If the school was aware of his criminal background why didn't they tell me when Mujey reported it?" said Sannoh. "It's something that I needed to know. It probably wouldn't have made any difference, but it was very important as a family for us to know and it was very important for Mujey to know."

"I think it's very likely that a person like [James], he has two charges now and maybe a third, he's a predator and someone who picks out kids and looks at them," said Christine Yared, attorney for Mujey's family. "It wouldn't be unusual that maybe there were other kids that had encounters with him."

"One of the things you try and do is keep it confidential for the students," said Zoerhoff. "We try to make sure that Mujey, her identity, was kept private. There's a lot of Title IX and FERPA requirements so we wouldn't want to do anything that would identify her as a victim."

Zoerhoff couldn't speak to James' contact with students, the school's hiring process for people with criminal records or why James was hired in the first place with a lengthy criminal record that included assault and robbery because of the ongoing criminal investigation.

Mujey was prepared to testify in a sexual assault case against James later this year where she was the victim.

"My niece Mujey was a very brave young woman and she was ready to testify and was ready to take the stand," said Sannoh. "It's too late now. Mujey is dead."

They also say Mujey's death has spread fear throughout their community.

"I want answers," said Gershon Cobbson, President of the Sierra Leone Community in Grand Rapids. "I want to take answers back to my African community. I want to tell them it's okay. It's okay our kids can go to school knowing that we're safe."

Despite Mujey's death, prosecutors say they're still planning on moving forward with the trial against Quinn James. He's currently behind bars on separate assault charges from 2014 involving another teenage girl.