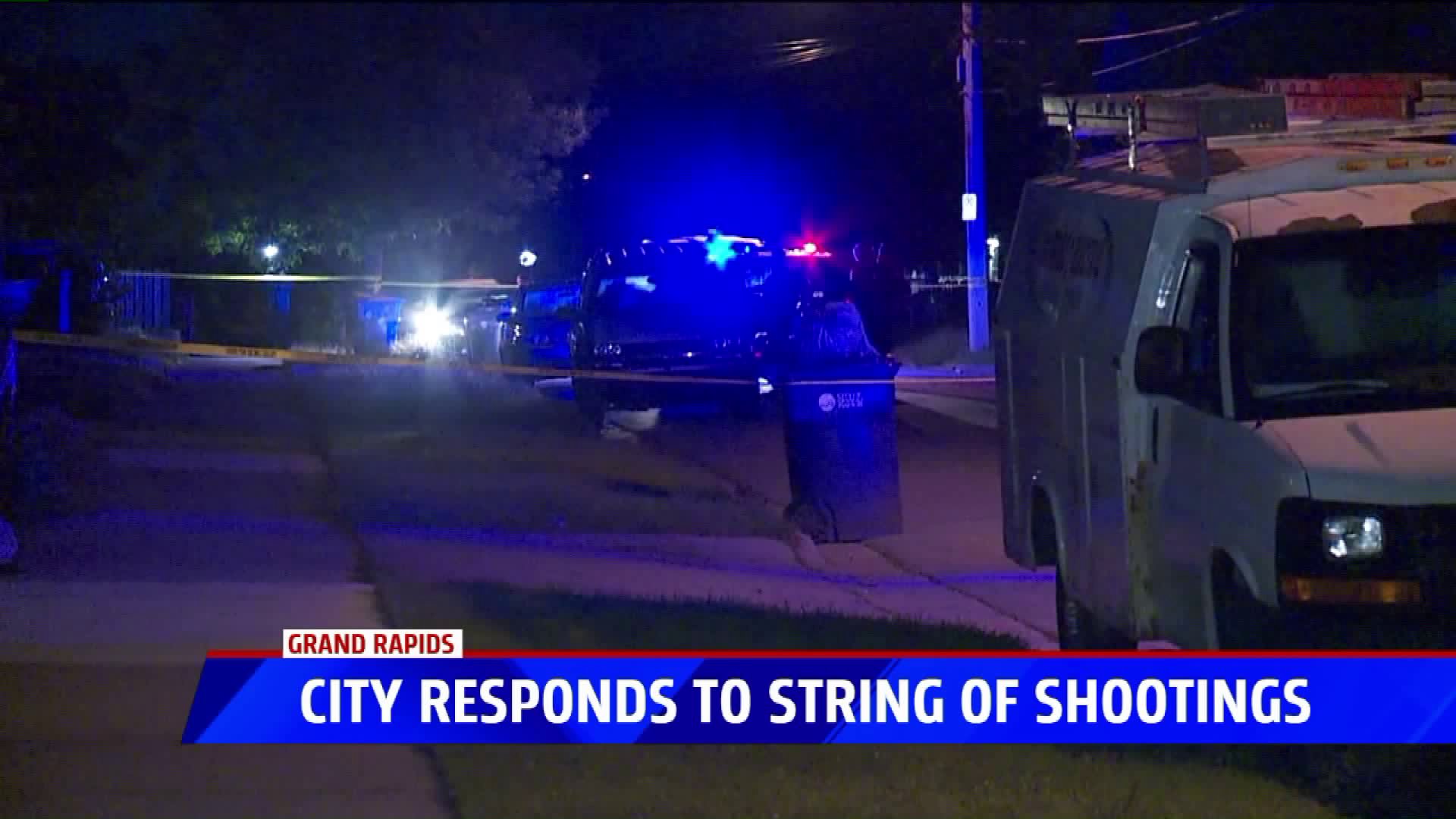 GRAND RAPIDS, Mich. — Grand Rapids residents will have a chance to provide city officials with input Tuesday night after a string of shootings that injured four people in the last three days.

Leaders from the city and police department will take citizens’ pitches on ways to reduce gun violence from 6 to 8:30 p.m. Tuesday night at the Grand Rapids Public Schools administration building, located at 1331 Franklin St. NE.

"We're going to talk about the violence that is happening and we're going to address it head-on,” said City Commissioner Senita Lenear. “I'm not going to shy away from asking specific questions and I'm looking for the community to come out and help me answer those questions because I don't know the answer and it's going to take all of us coming together to try and find solutions.”

The task force began in 2014 and has had three pitch nights since then, but tensions are running high after a 60-hour span where seven shootings took place.

Lenear, the task force’s lead commissioner, said it need the community’s help to be effective.

"Violence on every turn isn't what we want here in the city of Grand Rapids," she said.

Leaders within the Grand Rapids Police Department also asked for the community’s support while they investigate the uptick in violence.

“This is not just a police problem, this is a community issue, the police department has been held accountable, for several months now we've been under the gun for a variety of different issues, we need the community to come together and fight against this uptick in violent crime,” Interim Chief David Kiddle said.