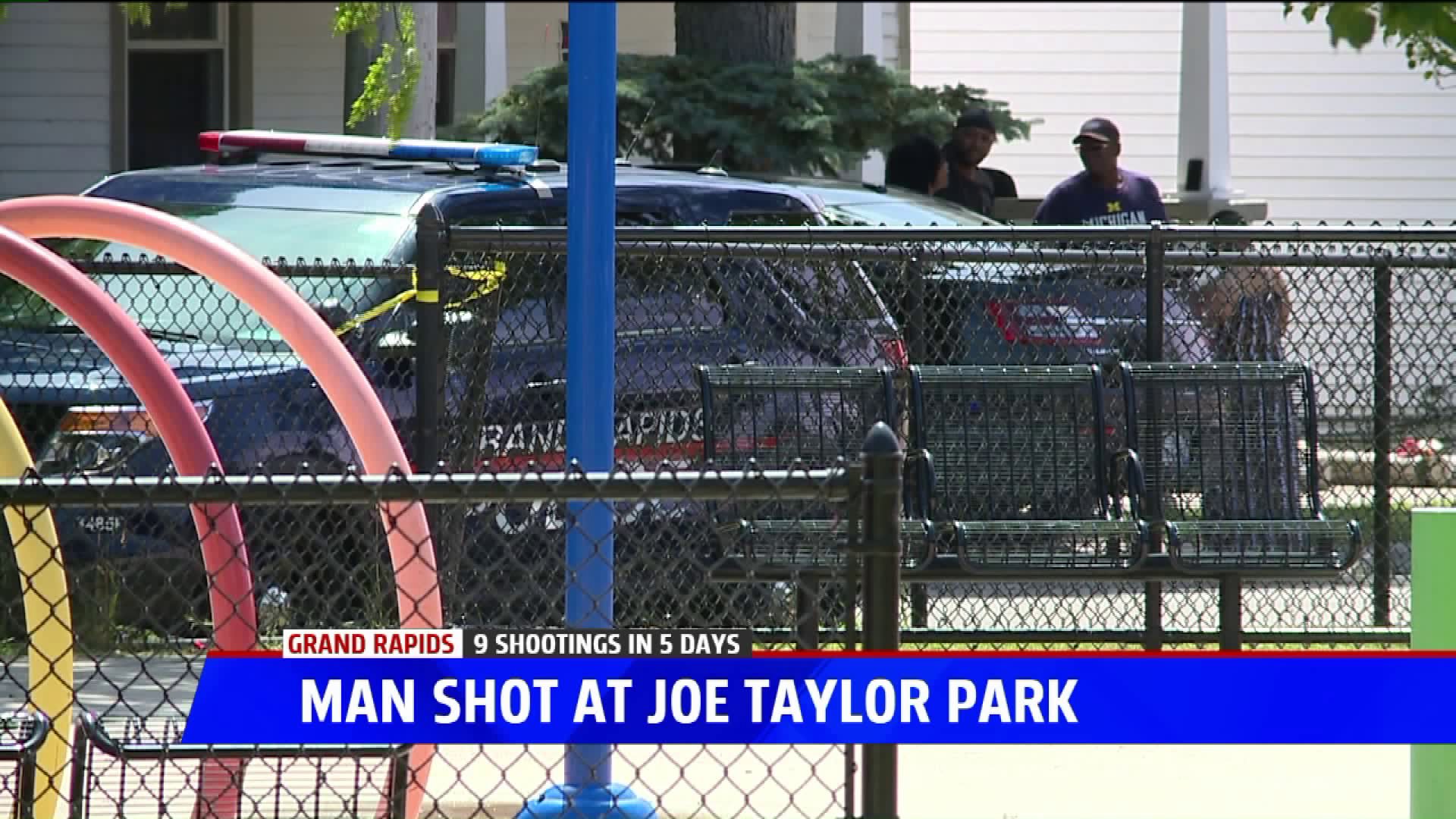 The latest happened around 2:30 p.m. Wednesday at Joe Taylor Park on Baxter Street. Police said a man in his 20s was hit in the back and was taken to the hospital, but his injuries aren’t believed to be life-threatening.

Officers chased a red car that was believed to be involved in the shooting away from the scene, but it fled. When the officer located the vehicle again, the suspect ran away.

Police said they chased after the suspect but weren’t able to take them into custody. Officers did recover the weapon used in the shooting.

“This latest shooting symbolizes everything we have been saying and feeling the last few days. A shooting in a park named after one of our fallen officers, in a neighborhood that is fed up with the senseless violence,” Kiddle said.

Officers have been investigating multiple scenes since late Saturday night, when the cluster of shootings first started.

“Getting very frustrated, some people know what happened here and we really need those people to come forth and tell us what happened so we can take the correct action,” Kiddle said.

Grand Rapids has seen a 49% increase in the reckless discharge of firearms into homes and an 8% increase in firearms being used in assaults compared to last year.

On Tuesday alone, there were four separate shootings that sent two people to the hospital.

Kiddle described the violence as a community problem that investigators will need the community’s help solving.

“We understand that we need to have that community trust, but at this time, this is a serious incident that we need community input and we need it now,” he said.