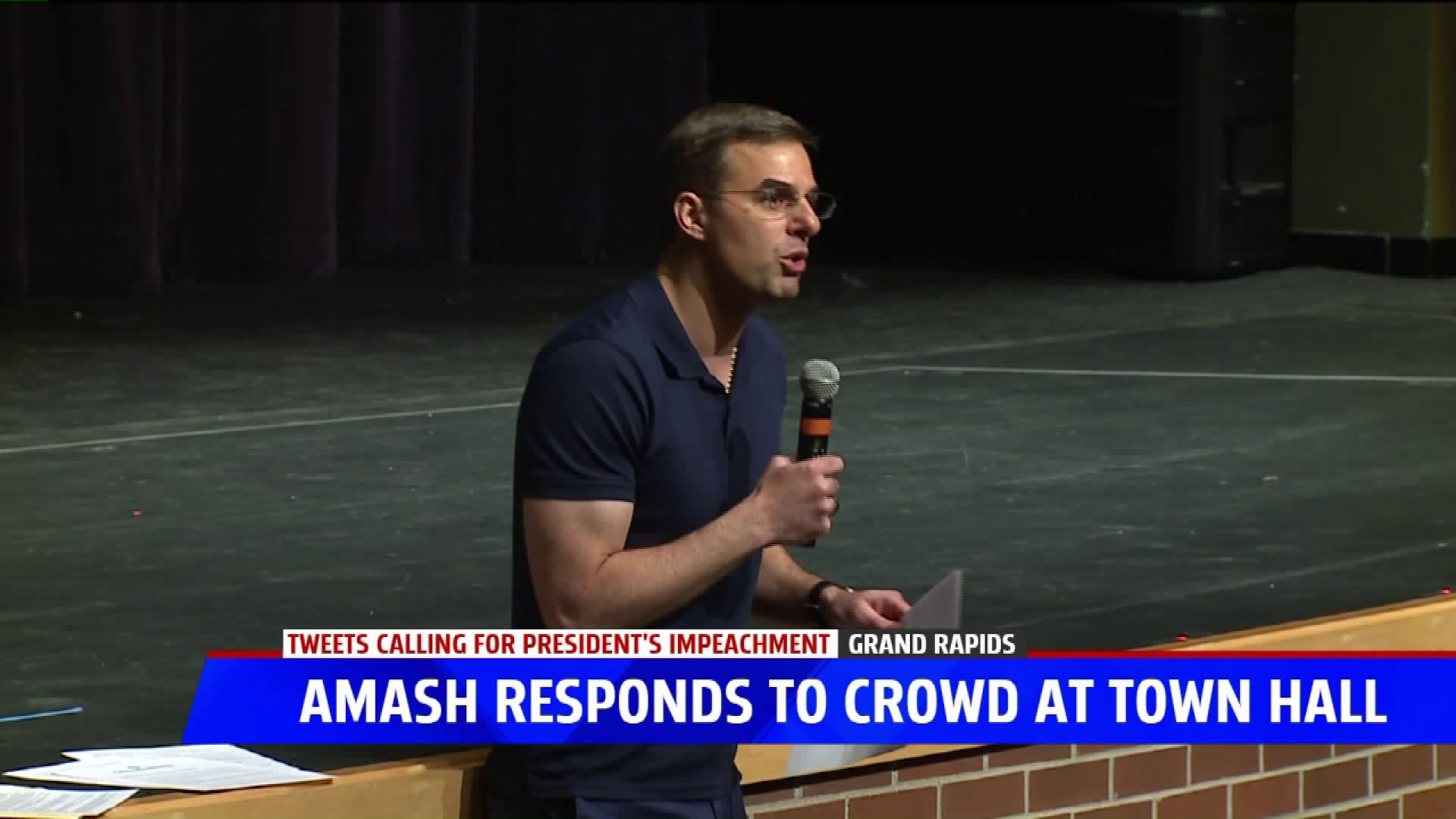 Voters were eager to give their opinion on the Republican congressman’s recent tweets, making him the only Republican publicly calling for impeachment of President Donald Trump.

Since the initial thread of tweets referencing the Mueller report, Amash has defended his stance in multiple other Twitter threads and said U.S. Attorney General William Barr is lying to the public about the report.

Barr has so far successfully used his position to sell the president’s false narrative to the American people. This will continue if those who have read the report do not start pushing back on his misrepresentations and share the truth.

Tuesday’s meeting was Amash’s first opportunity to face his constituents after making these statements, and it went well over the scheduled one-hour timeframe.

Many in the crowd argued with Amash about impeachment.

“So many of us are upset for him to come out and basically side with the Democrats,” said Bonnie Keller.

Amash said his stance comes directly from upholding the Constitution.

“I stated what I stated,” he said. “That’s why I came to that conclusion, because I think we can’t let conduct like that go unchecked.”

Omtri Zainea, a retired principal, showed up early to the town hall showing his thanks for Amash’s stance on impeachment, which he says earned back his vote.

“I’m gonna vote for him and hopefully he can help the Democrats understand how you present information because they haven’t been clear,” Zainea said.

While Amash’s stances are bold, he says he won’t be the one to introduce impeachment proceedings, which has caused his opponents to question the integrity of his statements.

Any member of the House of Representatives can introduce articles of impeachment, but Amash says that's House Speaker Nancy Pelosi's responsibility.

“None of them have teeth. He has yet to actually call for action and that’s what I want from him, is call for Attorney General Barr to step down. Call for him to recuse himself. Call for impeachment inquiries to begin. Something,” said Doug Booth, a Democrat running against Amash.