Pedestrian crashes on the rise; 3 hit this weekend 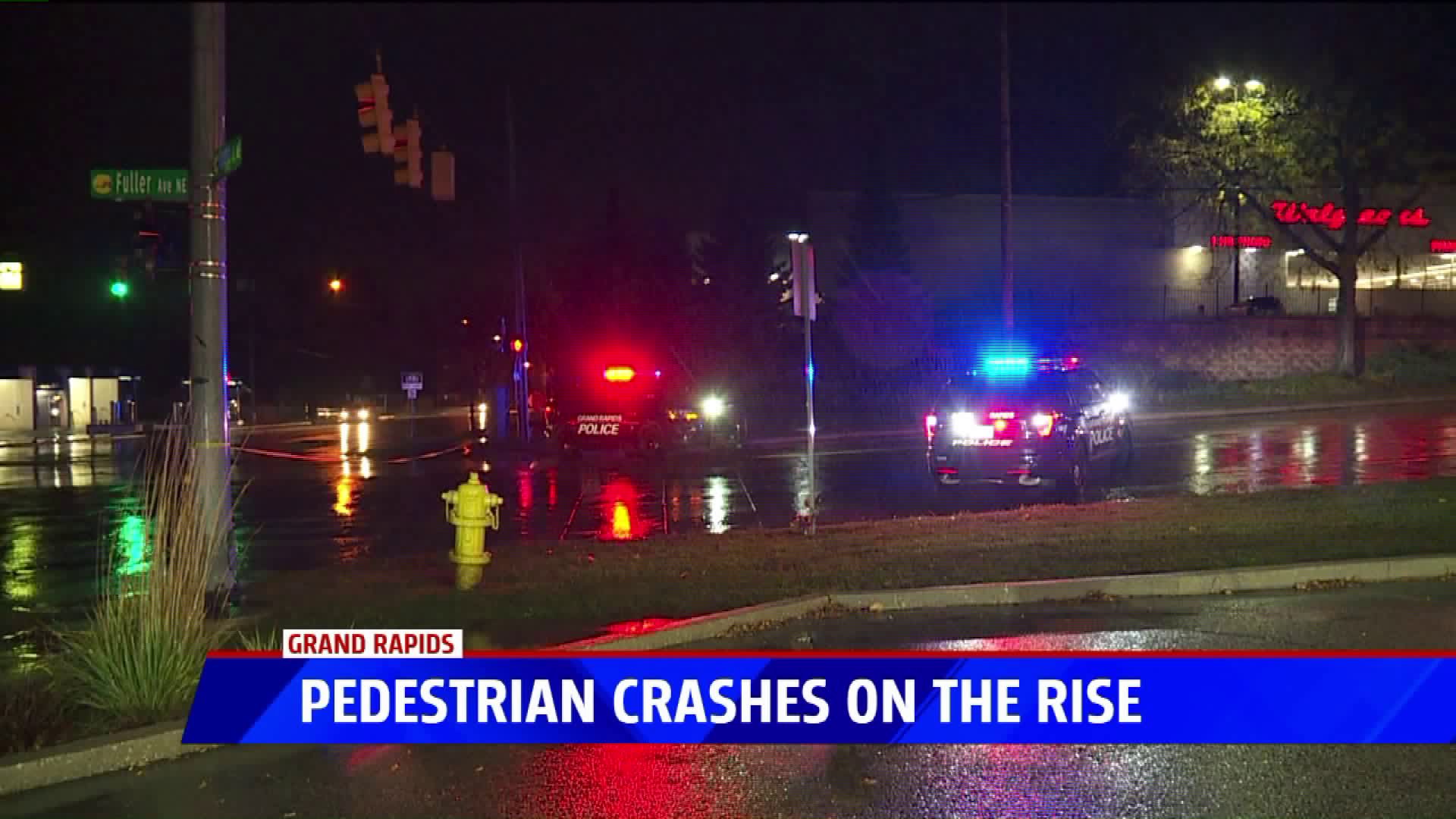 GRAND RAPIDS, Mich. -- Pedestrian crashes are on the rise across the nation including here in West Michigan where three people were hit by cars just this weekend.

The most recent cases involved a 21-year-old in Allegan County who was hit by a car early Sunday morning. This was around the same time a 32-year-old man was hit by an alleged drunk driver in Kalamazoo leaving him in critical condition. A woman was also hit while crossing a street at Knapp and Fuller in Grand Rapids Saturday night.

These incidents serve as a reminder about the importance of sharing the road with pedestrians after the deaths of Todd and Tracy Fuhr died after being hit by a hit-and-run driver at a Grand Rapids crosswalk.

Police say the alleged hit-and-run driver, Jason McCann, is now facing felony charges in their deaths for allegedly leaving the scene of the crash.

We spoke to Kristin Bennett, City of Grand Rapids Transportation Planning Supervisor who says pedestrian and motorist crashes peak during the fall season.

Bennett says the city recently updated its ordinance to make cars stop when a person is using a crosswalk rather than a yield, since many people don't know what the word yield means.

When it comes to safety steps pedestrians can take, make sure to look both ways at intersections and try to make eye contact with drivers so you know they see you.